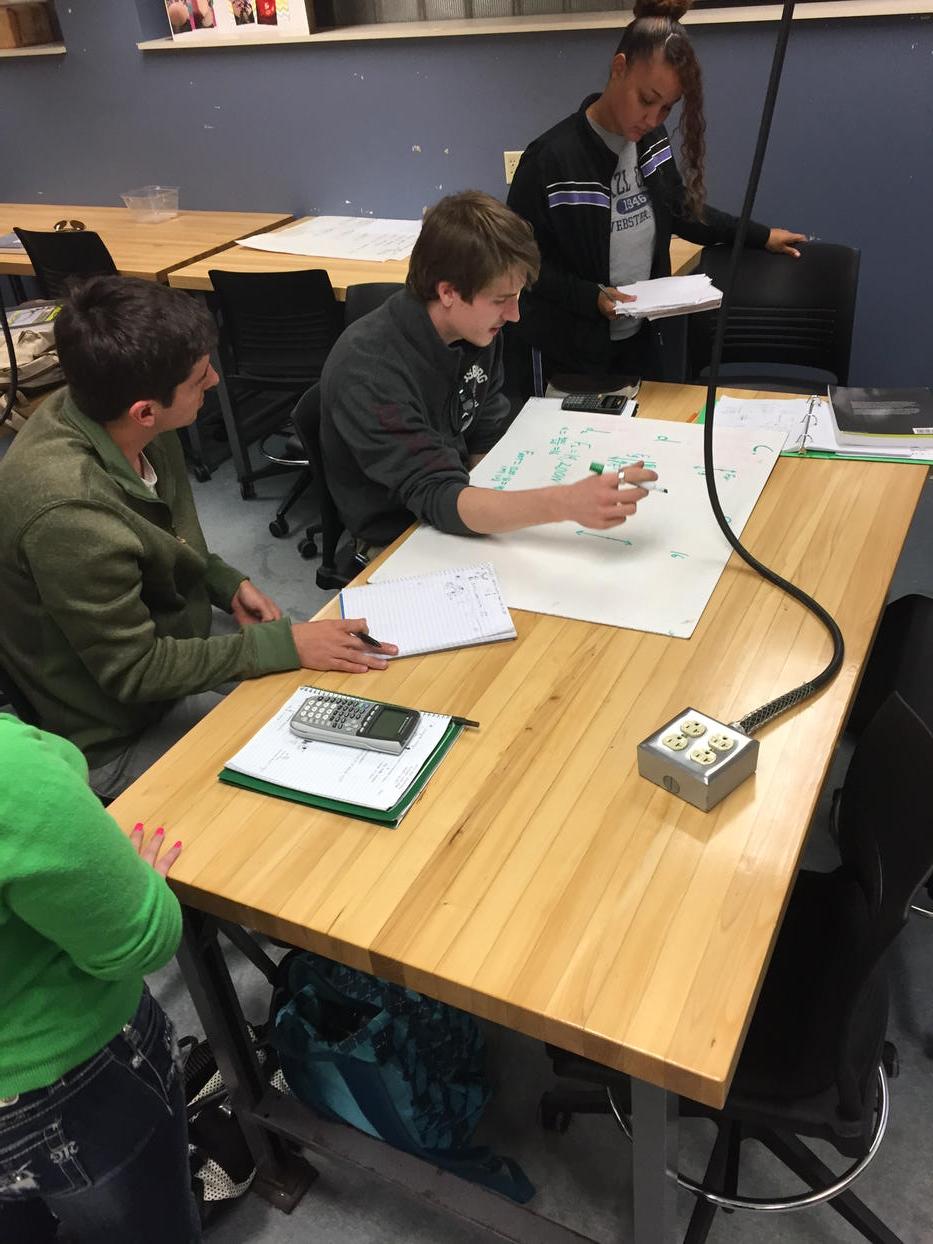 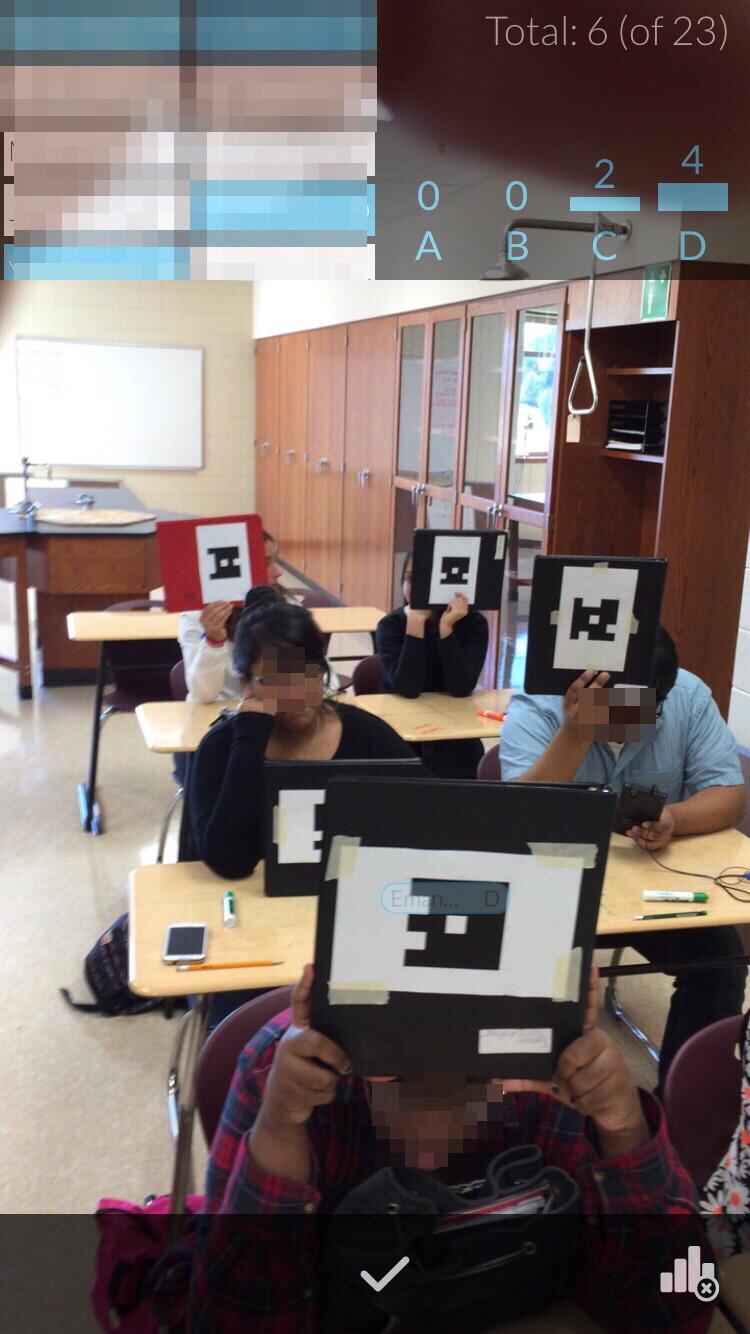 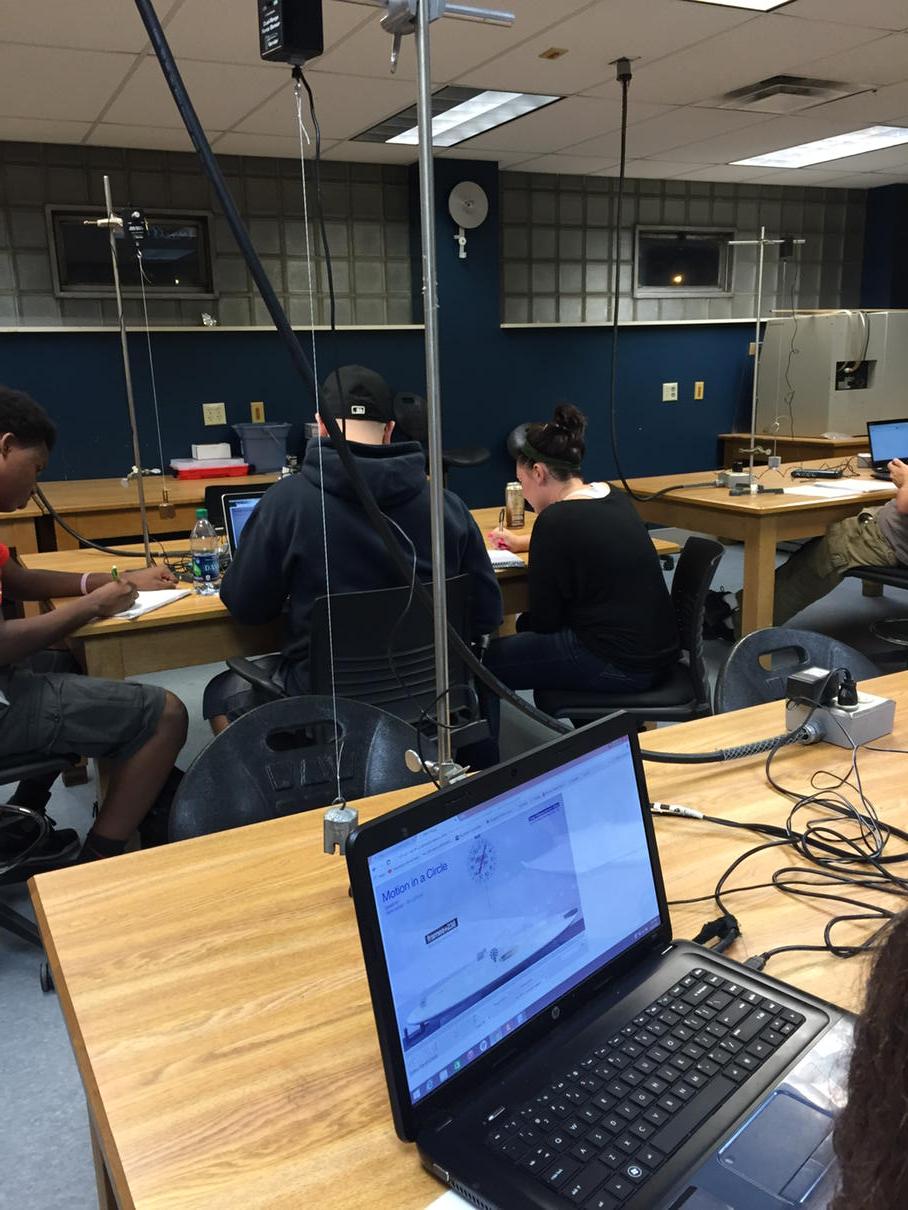 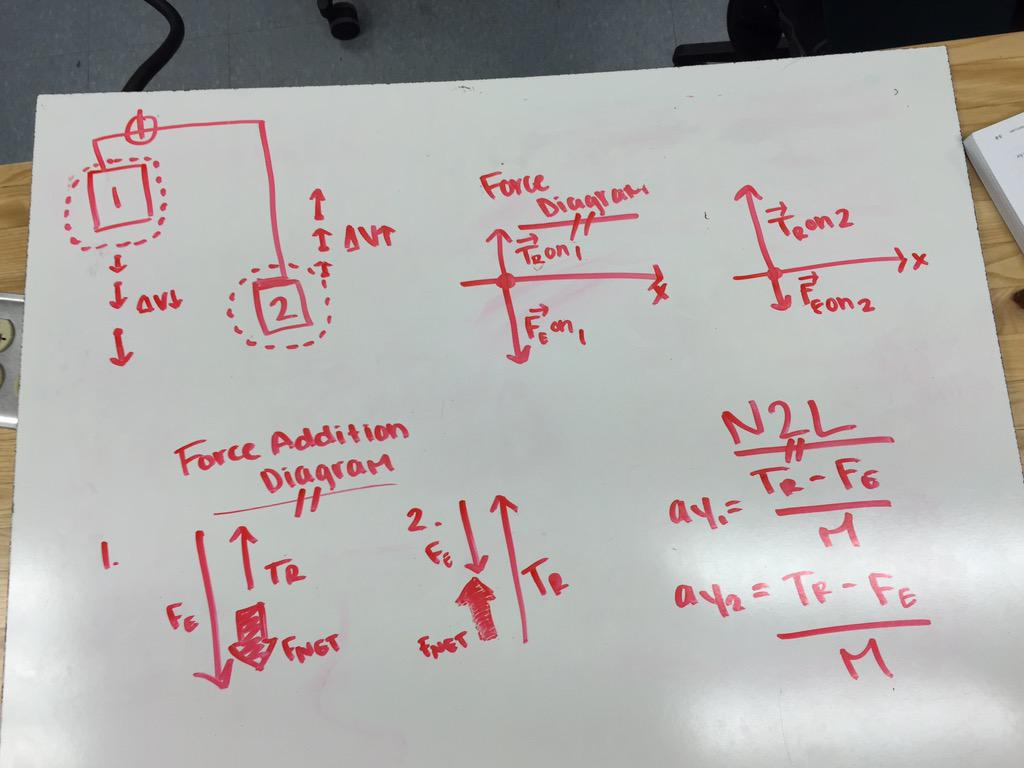 Some solid white boarding with the undergrads tonight. It took committing to them doing it for it to work. #teach180 http://t.co/1oAoPAJwj0 http://twitter.com/rutherfordcasey/status/646875048880533504 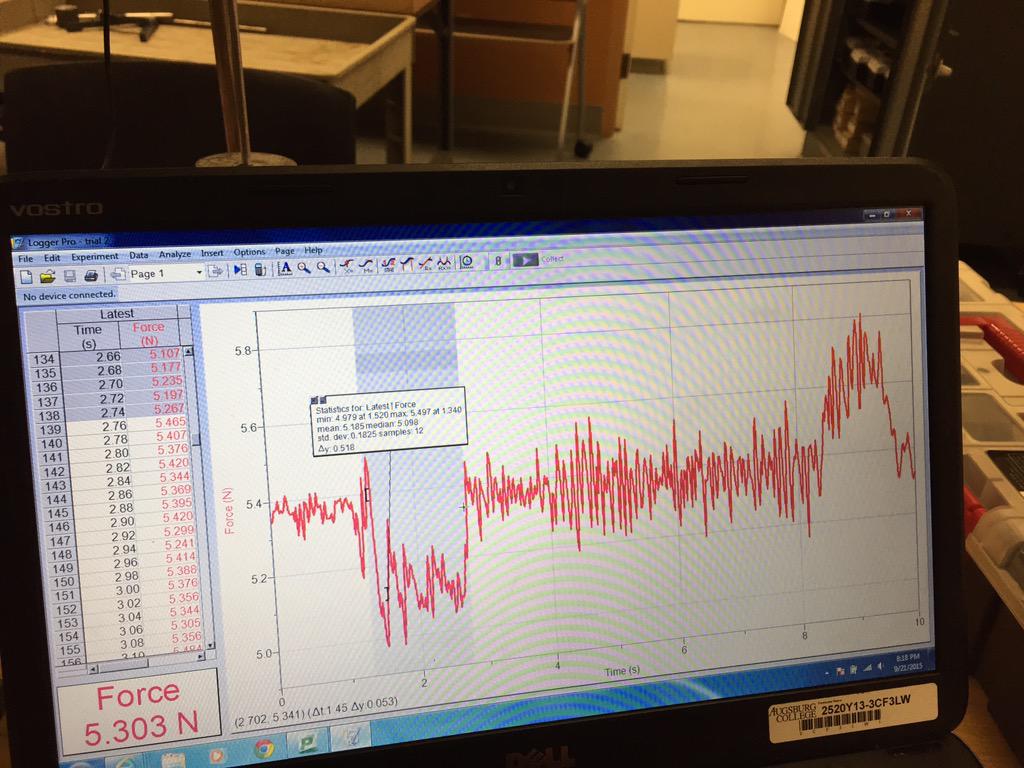 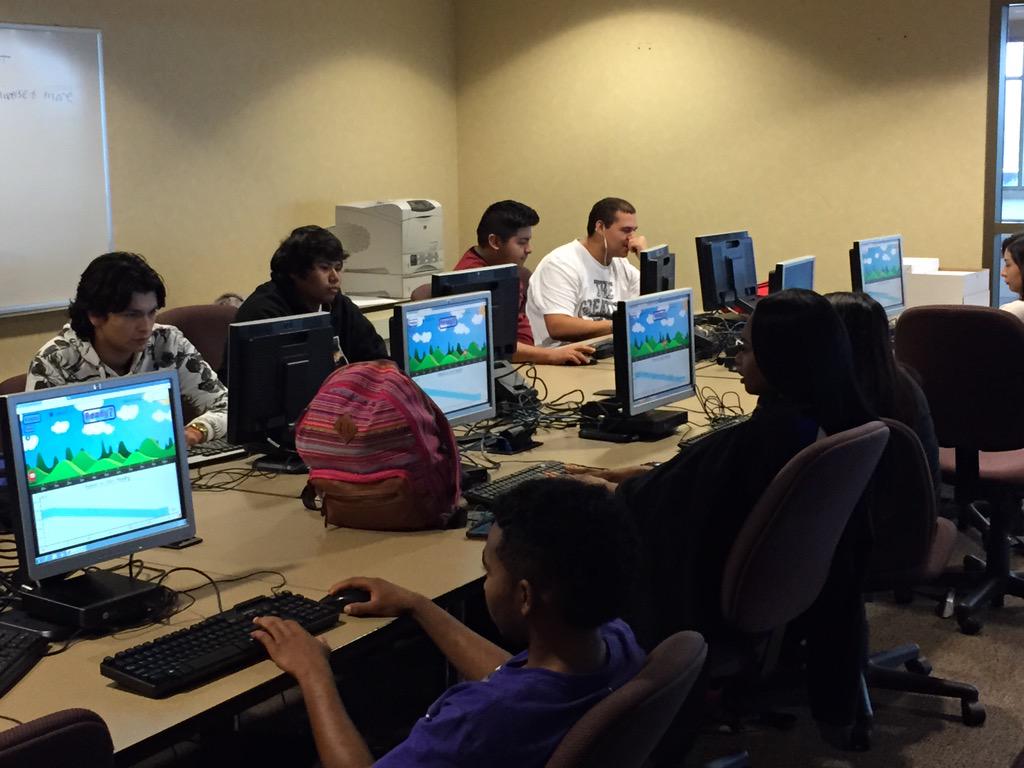 Students, including one who hasn’t spoken to me yet, fully engaged in @UniverseAndMore graphing challenge! #teach180 http://t.co/44EvLXEGeN http://twitter.com/rutherfordcasey/status/644570262185226240 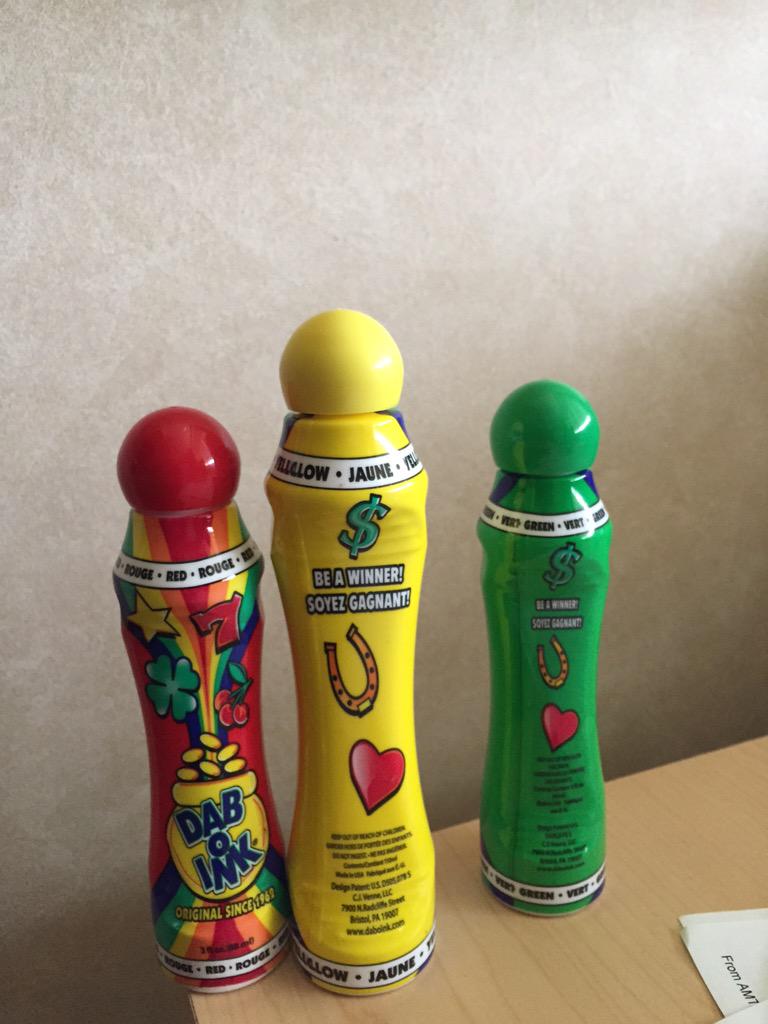 Today we had a fire drill. Not wanting to lose the class time, I had students prepare their whiteboards before it went off. Then we whiteboarded as the administrators were checking with all the classes. I told a couple teachers what I was doing since we weren’t perfectly in line with other classes, and she said “Of course YOU are doing this.” I’ll take that as a complement. 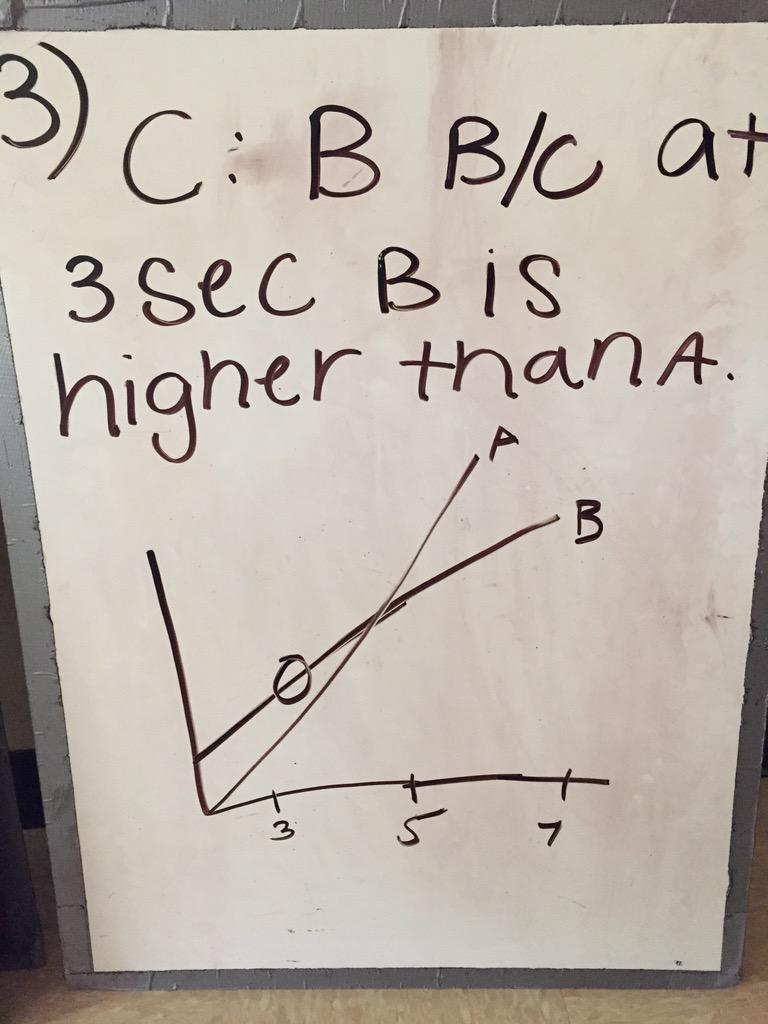 I was a bit frustrated yesterday.

I am teaching a class called Foundations of Physics for the first time this year. It’s designed for students who struggle mightily with reading and math, and almost 2/3 the students are on IEPs; It’s our class for juniors who aren’t expected to be successful in regular chemistry or physics to get their last lab science credit. Honestly, from what I had heard in the past, I anticipated behavior issues. So far that hasn’t been the case, but I severely overestimated some of their skills. Actually, it’s not that I overestimated, but that I assumed they would be able to pick up multiple new ideas at once while using skills I wrongly assumed they had, based on my experiences teaching regular level physics classes.

I started the year with the buggy lab as I do in both regular and higher level physics classes. I found that students struggled with reading the tape measure, as it labeled every meter and then 10-90 between the meters; so many students wrote 30 instead of 2m 30 cm. Then converting m to cm or vice versa, then a table, then graphing, then trying to interpret the slope and intercept….it was just too much.

We had graphed the data in Desmos Activity Builder yesterday but didn’t get all the way to adding a manual regression. There was more minutia I didn’t think of; rescaling axes, changing the slider values, and labels and names of axes.

In the end I realized I couldn’t hit them with so much right away. I was asking them to perform skills they didn’t learn well enough or at least didn’t remember, and then try to interpret physics, a high enough cognitive load as it is.

So today I pulled up the thumbnails from Activity Builder and projected them on the main screen.

I wanted to use what we had done, so we were’t abandoning it, but I knew they weren’t ready to move into the inductive piece of interpreting slope, intercept, etc, via traditional modeling. So I ISLEized it instead: we made observations, then designed ‘experiments’ to see if those observations stayed true in different situations.

I asked them what they noticed about the graphs, how they compared to each other. They said

We had a convo about the different angles; what do you mean? They said first up vs. down, then added some steeper than others. Nice.

So we decided to investigate that further, and I just happened to have motion detectors set up. I had one at the front hooked to the projector set to take a data point once every two seconds, and we talked about how it’s dropping bread crumbs just like the previous experiment. They got that, and were fascinated by the detector. I upped the sample rate and showed them it worked the same way, just dropping bread crumbs more often. Next they moved to their own setup and I asked them to try walking away from the detector, then toward. After this I asked them to predict what the graph will look like if they walk first away and then toward, and they tried it, followed by the same for toward then back. If they had extra time they were able to play around a bit.

Next I asked them to repeat walking slowly backward so we had a graph to compare to. Then I asked them to do the same but quickly. We then had a conversation as a group about the results.

I had hoped when planning this lesson that we would have time for graph matching, and we ended up with about 15 minutes. We pulled up the graph matching pages built into LoggerPro and the students took turns trying to match the position graphs, which was fun for them, and it contained an extra challenge; it took a while for some to figure out they had to stand still during the flat sections.

In the end, today was the removal of lots of barriers to students figuring out position graphs, and had a sharp focus simply on addressing qualitatively that “up vs down***” for slope yields direction while the “steepness***” of the slope reflects the speed. The key I need to remember is to address one or maybe two aspects each day, and keep that razor sharp focus on those items while reducing cognitive load from terms and skills that they don’t yet have.

***I have already found that mathy-sciencey terms confuse and turn-off these students, so I’m sticking with descriptive terms for now; I plan to slowly get them used to the standard terms.