Kids Are Awesome, a Finale

This is a fitting last post for this year. I’m happy to report that I have forever changed the way how some kids look at the world. 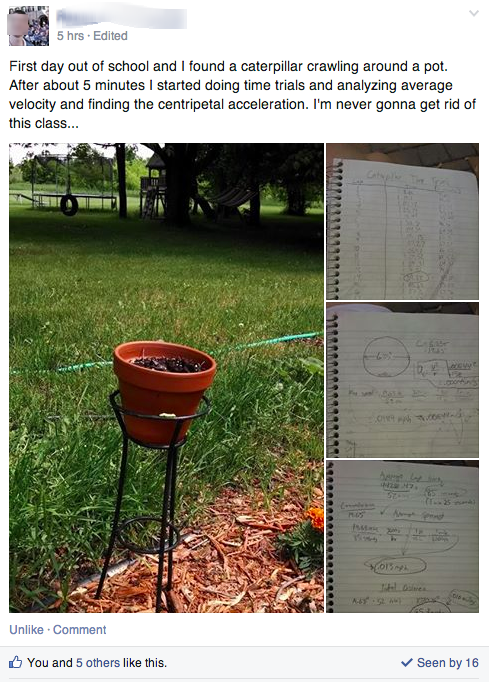 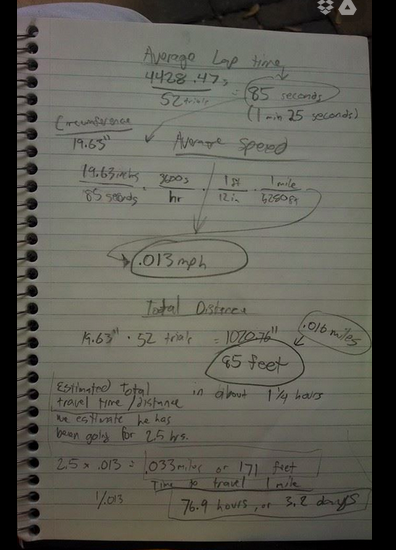 Today I did another round of what Frank suggested after a post on problem solving a month or so ago. I added a twist I really like. First half the groups work on one problem and half the other. I then had all the groups with the same problem get together to discuss it to make sure they knew what they were doing. then I had them pair with a group with the other problem and explain it to them, but nobody could write anything down. Finally I asked students to go work on the problem individually that was not the one they whiteboarded.

I love that this involved lots of conversation as well as a chance for students to try something on their own at the end. Tomorrow we’ll have some work time where I’ll check in with students individually to make sure they were able to solve their second problem on their own. 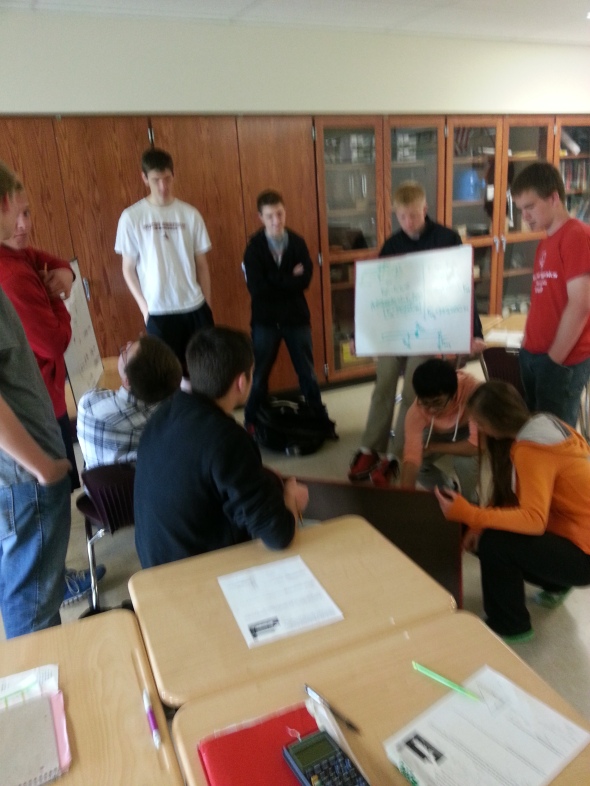 I started Universal Gravitation today (we do CFPM earlier and then come back to this, I like to spiral concepts when possible and I like revisiting CFPM after energy to address that no work is done by centripetal forces), and this is how I started. I liked it a lot. I was amazed at how entrenched the misconceptions are….students really wanted the force on the sun to be smaller than on the earth.

Today I gave students a group exam that included a ride where two carts split apart. I jokingly added at the end that part of their job was to rename the ride, which some groups took advantage of. 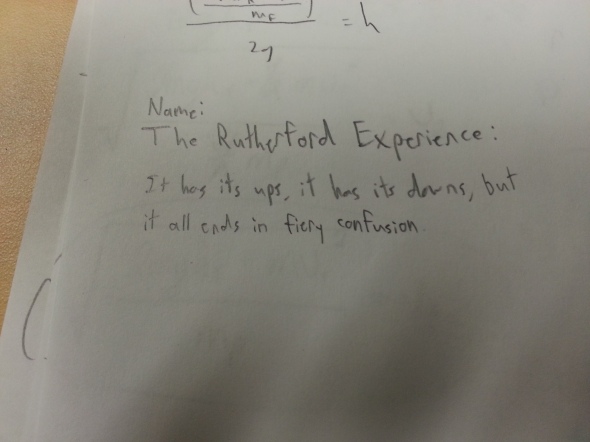 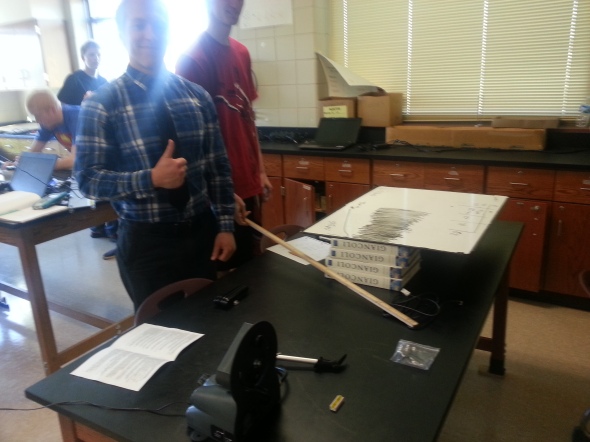 The students above are using my newly acquired projectile launcher to test the range equation. They thought of a very clever way to find where the ball lands; looking for the mark on a colored whiteboard, as shown below.

The students below are trying to do circular motion by direct measuring the tension in the rope.

A couple weeks ago I lamented that I didn’t feel like I had good methods for whiteboarding difficult problems. I took some of the advice I received in the comments and skipped a couple easy MTM problems, then had half the class whiteboard one problem, the other half a different problem, then they explained it to each other. I then had one group present to the class for each problem as well to wrap it all up and make sure all students know how to solve it. I was happy with this method today, thanks to my PLN!

I was grading some formative assessments I gave yesterday and a student drew their momentum bar chart differently. I LOVE that this shows the total momentum of the system as the total area of the bar! This would only work well with equal masses though (which happened to be the case here), as the heights of the bard are the same (on the vertical axis, velocity is on the horizontal axis).